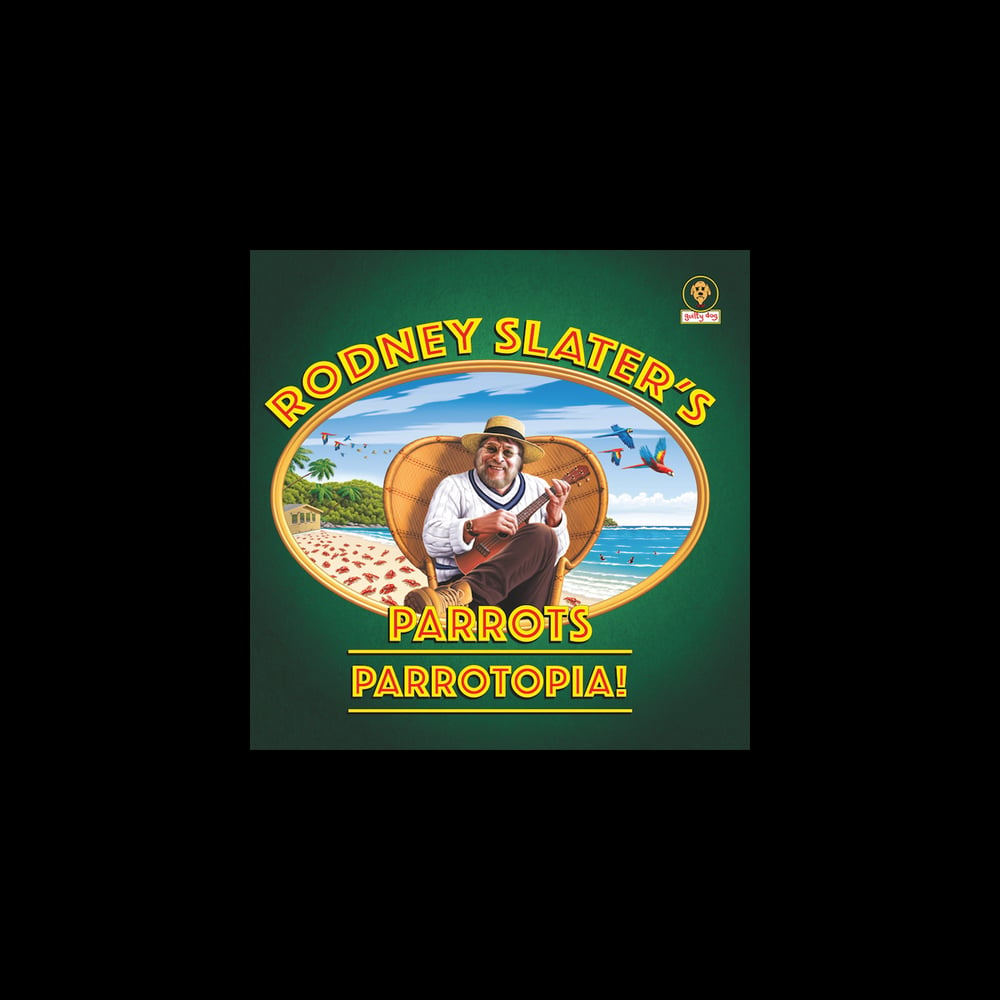 At the grand age of 75 self confessed late developer and founder member of The Bonzo Dog Doo-Dah Band Rodney Slater has joined forces with Michael 'Sir Henry at Rawlinson End' Livesley to gather together a pandemonium of Parrots featuring The Rutles' John ‘The Admiral’ Halsey and The Mekons' Susie Honeyman - to record Rodney Slater’s Parrots debut LP of brand spanking new material in the Shed Studio, here in deepest darkest Hampshire. Lord Rodney and Sir Michael have taken a look at the post-truth world we all now live in and decided to forego the pleasure of their Dutch hoes for a few months and left their kitchen gardens to offer us the antidote - PARROTOPIA! - a true state of mind.

Featuring on this seismic platter are;

3 Lord Rodney and the Moby